Wandered up to the roads above town that I hadn't been on and happened on a couple of places I had been trying to find in Sligo, The Model and Sligo Abbey. But first I went up the hill to a cathedral that I could see, St. John's. It is huge! 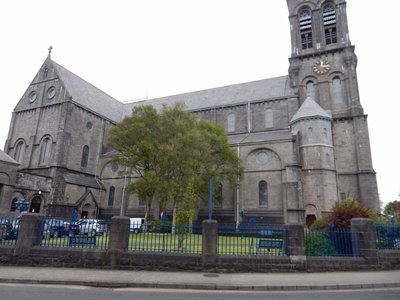 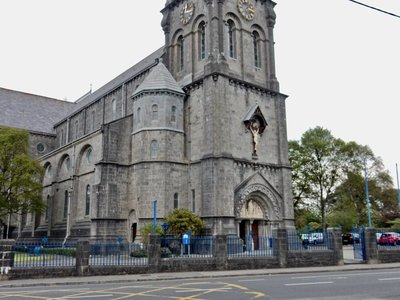 . Built in the 18th century on a site that is thought to have been a hospital and parish from the 13th century, part of it was given a gothic remodel in the 19th century. The parents of W.B. Yeats are buried here. I continued down the road where I found a Genealogy and Heritage Center, went in and talked to the assistant and got some starting references for researching family history. Each county has its own records center.

Returned to the river and followed what I thought was the route to the Abbey. The river walk is always interesting. Saw a true swan dive - glide more like - by a huge swan. So perfect! Then saw a creature about to step into the water: 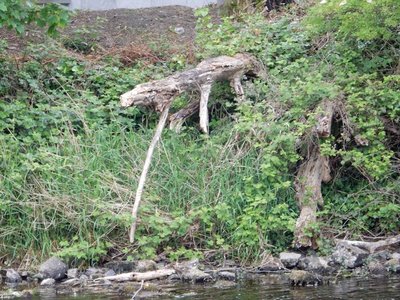 . The walkway curves over the water and goes up the hill along a stone wall 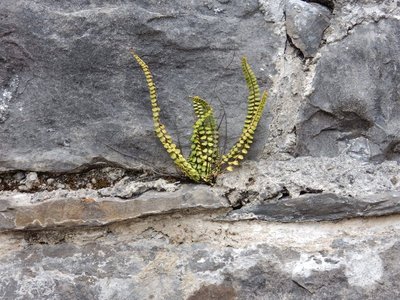 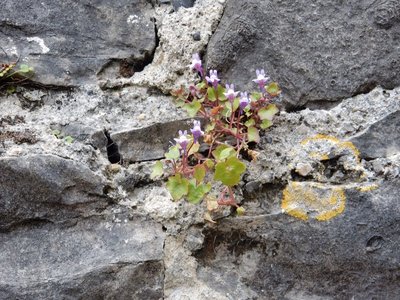 to what I thought was the Abbey. Instead it was a church of Ireland. 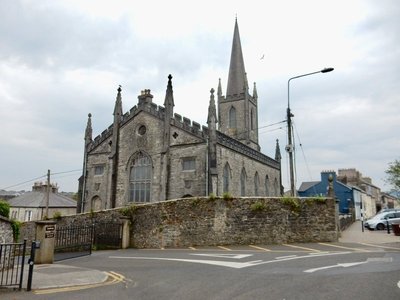 . However, across the street was The Model, 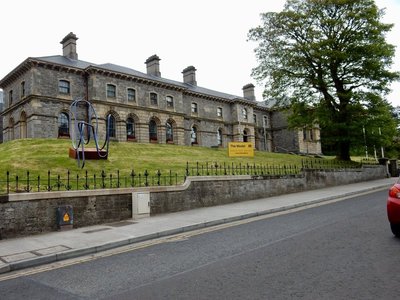 built in 1853, of contrasting limestone blocks and pale Mount Charles sandstone ornamentation and deeply recessed windows. Its purpose was to provide interdenominational education with religious education given elsewhere. It did not work and the building was eventually used for a post office, library and various government offices until it became an arts center in the 1990s. It became the permanent home of the Niland Art Collection which are the paintings of Jack Yeats, the poet William Yeats' brother. The Yeats family, two sisters included, published the A Broadside, a one-page leaflet with poems, politics, cartoons and drawings in the 1920s that was currently on exhibit - wonderful. A very talented family.

The wifi is iffy so I will hurry. I went back down to the river, found the Abbey. 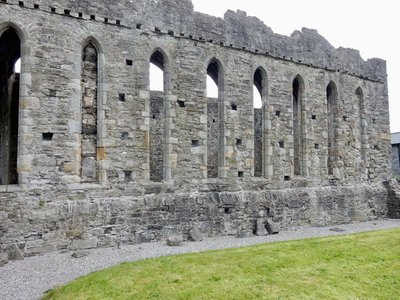 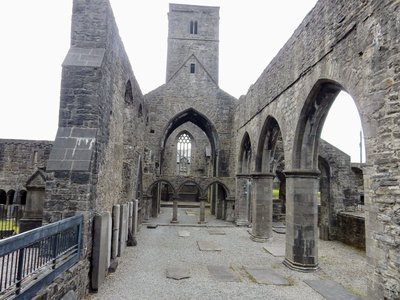 It is actually a Dominican Friary, called an abbey for a very long-winded reason, that was founded in 1252 or 1253 A.D. by Maurice Fitzgerald who also founded Sligo. There is the usual change of kings with resulting destruction of Sligo and its castle four times. The Abbey accidentally partially burned during that time and was both sacked and quarried as well. The friars were told to leave and/or killed but were replaced with their successors who repaired the damage. Parts of the Abbey are 15th century. The high altar is 15th century, the only sculptured example left in an Irish monastic church.

There were a lot of carvings on stone here. 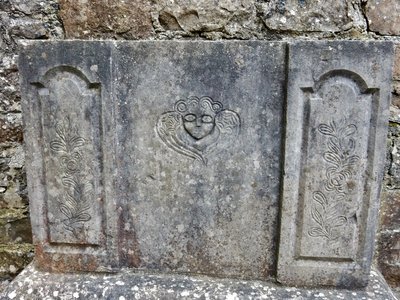 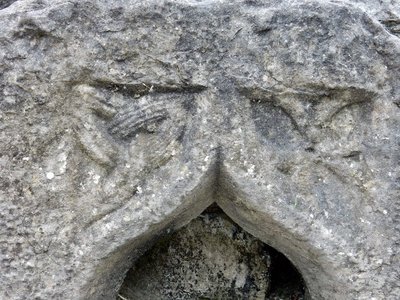 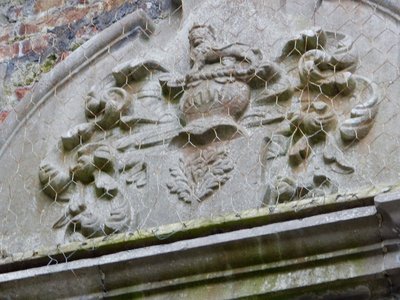 . So ends a planned "do-nothing" day!

Posted by Seacastle7 15:28 Archived in Ireland

Previous Next Table of contents

Comments on this blog entry are now closed to non-Travellerspoint members. You can still leave a comment if you are a member of Travellerspoint.

If you aren't a member of Travellerspoint yet, you can join for free.