A Walk on the Bogside

The Bogside is an area outside the walls of Derry that used to be underwater when the river flowed around the island of Derry. As one side of the river dried up, it left the wetland, the bog. There have been battles and riots here since the 50s and 60s. Free Derry 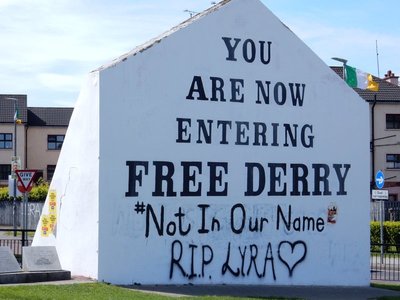 is a civil rights movement and a political liberty fight. Hard to try and explain. The Irish Republican Army (IRA) is part of it 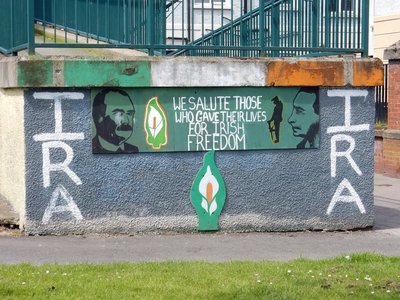 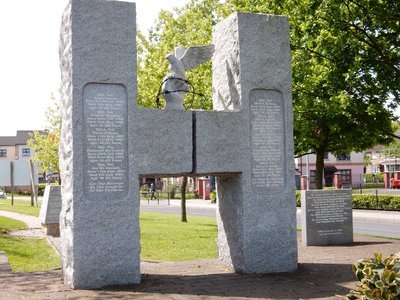 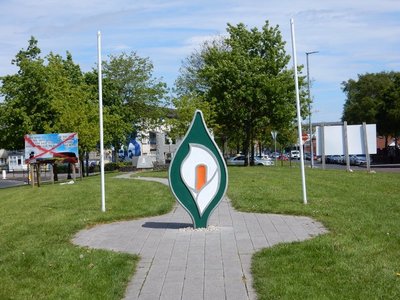 There is the conflict of Catholic against Protestant, staying with or separating from the UK, revenge for the massacres of Bloody Sunday (1972) and the Battle of the Bogside (1969), and the fight for civil rights, workers' rights and jobs, to name a few. It's complicated as they say, and more commonly known as "the Troubles." An agreement to settle the issues was signed in 1998, the Good Friday Agreement. The Free Derry Museum was established by the Bloody Sunday Trust. The murals all around there speak for themselves. 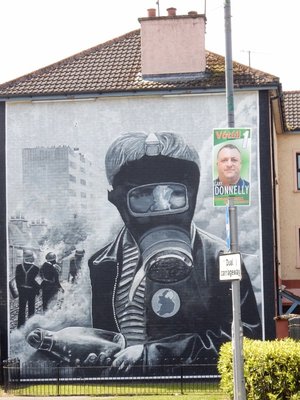 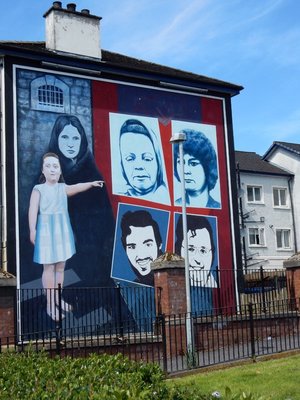 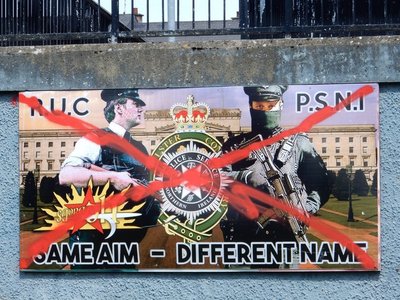 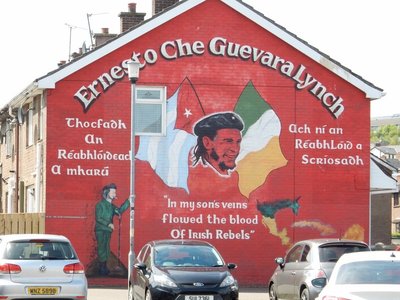 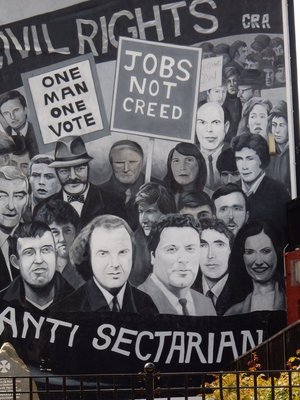 and one of my favorites: 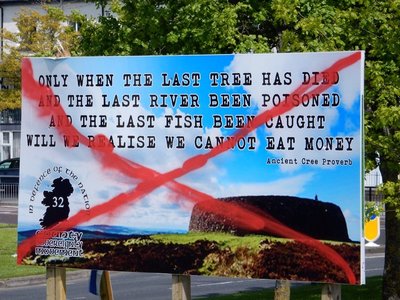 I ended the circuit of the walls with a pretty little church, St. Augustine's, originally an abbey established by St. Colmcile (Columb) in ~546 A.D. 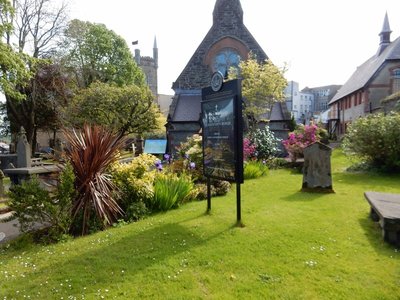 and went back out past a few more murals 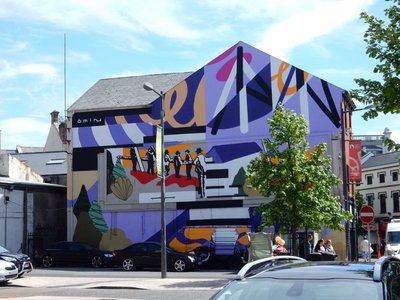 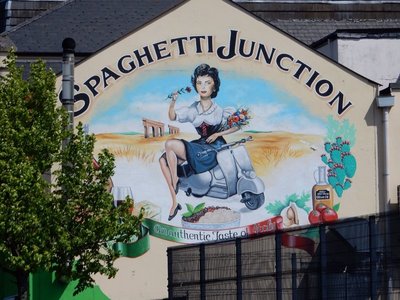 and revisited the Tower Museum for a few photos (though had to keep the flash off). There was an Ordnance Survey in 1824 that was done on with a cloth-like measure. I'm putting the description of how they did it here for my cousin the geologist as the photos are separated and hard to find. 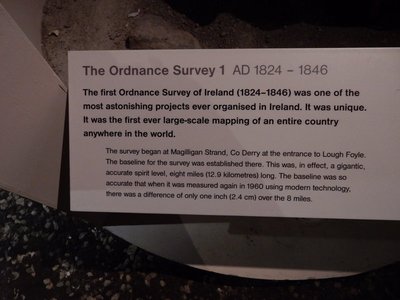 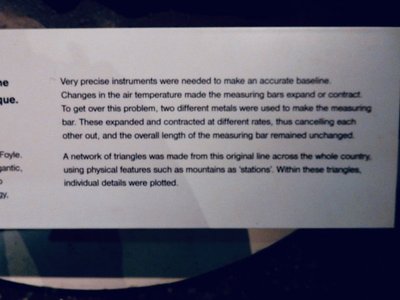 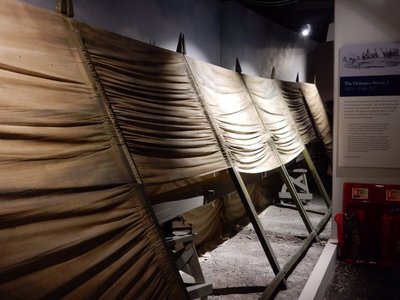 . Got the photos of the rowing boat and the chair carved out of a tree that I wanted. The museum docent said more of those rowing boats (rather than canoes) have been found. Home again and saw the closed Foyle Railway Museum. Off to Sligo tomorrow.